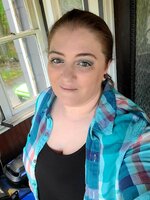 ILION – Jessica Maxine Olney ( Jessie ), who recently celebrated her 41st birthday and whose personality was larger than life, passed away suddenly and unexpectedly on Tuesday morning, July 19, 2022 after suffering a cardiac event. Jessica was born on July 14, 1981 in Herkimer, the daughter of Candice (Collard) Boepple and the late Dominick F. Onorato. As a child, she relocated to Phoenix, Arizona where she was raised and educated. She eventually returned to the Mohawk Valley where she continued her schooling, attaining multiple degrees as she had an ongoing thirst for knowledge. On June 17, 2000, Jessica was married to her soulmate, Richard L. Olney, III, and together they built a beautiful foundation of love and family and recently celebrated their twenty-second wedding anniversary. Throughout the years, Jessica held various positions of employment, including work as a Dental Assistant and Office Manager at All Valley Smiles in Ilion, as well as a Case Specialist with the NYS Department of Health throughout the last couple years of the pandemic. Her first and foremost priority, however, was always the well-being of her husband, children and home, which she did everything to tend to and take care of. Jessie’s demeanor was strong, outgoing , charismatic and deeply rooted in the compassion she had for others. She would do anything and everything for anyone and made their lives better because of it. In her free time, she was passionate about photography and design and was skilled at the arts of epoxy and vinyl work; even starting her own business to bless others with her creations. Jessica’s sudden passing will forever leave a void in the hearts of those that she loved. Her family, friends and community will forever remember the joy and happiness that she brought to their lives. She is survived by her beloved husband, Richie; her three sons, Anthony Richard, Gage Michael and Zackary James; her daughter, Alexis Starr; her mother and stepfather, Candice and Kenneth Boepple of Richfield Springs; her mother-in-law, Barbara Olney of Mohawk; her numerous siblings, including Travis Onorato, Matt and Stephanie Carro, Alicia Fisher and Lexi Fisher; her cousin, Kyle Collard, who was like a brother to Jessica, and his children, Karleigh, Ryleigh and Zander. She also leaves her in-laws, Chris Olney of Alcove, NY, Starr Olney of Ilion, NY, Tim Olney and Bre Baylor of Mohawk and Nelson and Taryn Olney of Idaho; her nieces, Ashley, Juliana and Alyssa; her nephew, Breydon; along with numerous other siblings, nieces, nephews, cousins, aunts, uncles and in-laws. Jessica was a modest person, so in remembrance of that spirit, we will be abiding by her wishes and there will be no formal funeral services at this time. A Celebration of Life will be held at a date and time to be announced. For those wishing to do so, please consider memorial contributions to the Go Fund Me Page setup by Jessica’s family to benefit her children. Donations can be made at: https://gofund.me/dc86828c . Final arrangements have been entrusted to the Enea & Ciaccia Family Funeral Home, 4309 Acme Road, Town of Frankfort, Ilion, NY (315) 894-8000, Harry and Kevin Enea and Martin L. Ciaccia, Funeral Directors. Online notes of sympathy may be left at www.eneafamily.com.