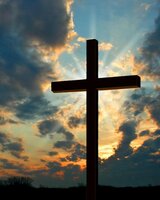 MOHAWK – Mrs. Mary C. (Matteson) Childs, age 69, of Devendorf Street, passed away on Thursday, July 14, 2022 at the MVHS St. Luke’s Campus. Mary was born in Mohawk on March 21, 1953, the daughter of the late Samford and Doris (Tanner) Matteson. She was raised and educated locally. In 1986, Mary was wed to Mr. James C. Childs and they spent over thirty-five years of marriage together. For some time, Mary was a CNA at various local nursing homes. Her main priority, however, was always her husband, children and grandchildren. She is survived by her husband, James; by her daughter and son-in-law, Cathy Jo and Ernest Stone of Ilion; by her son and daughter-in-law, James and Marianne Hagadorn of Whitesboro; her five grandchildren, Lucy, Liam, Lucas, Logan and EJ; her mother-in-law, Mary S. Childs of Mohawk; her in-laws, Mark and Mary Childs of Syracuse; along with numerous nieces, nephews and extended family. Mary’s family will gather privately to lay her earthly remains to rest in Oak Hill Cemetery, Herkimer. Her final arrangements have been entrusted to the Enea & Ciaccia Family Funeral Home, 4309 Acme Road, Town of Frankfort, Ilion, NY (315) 894-8000. Online notes of sympathy may be left at www.eneafamily.com.