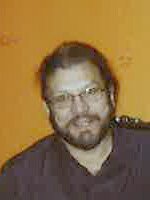 HERKIMER – Mr. Mark F. Entwistle, 73, of Steuben Hill Road, Herkimer, passed away on Thursday morning, May 5, 2022, at MVHS, Faxton-St. Luke’s Campus, Town of New Hartford, following a brief illness. Mark was born in Brooklyn, New York, on August 26, 1948, a son of the late Raymond L. and Marie Theresa (Lomenzo) Entwistle. He graduated from Herkimer High School, ‘Class of 1967,’ and was employed at the family business, Ramar Liquor in Herkimer, concluding as owner/operator. He was a passionate Yankees baseball and Giants football fan and the biggest part of his life was the love for his family. Those surviving include his kids, Shaina (Kevin), Zachary (Ashley), Morgan (AJ) and Kaitlin (Nick); his grandkids, Cheyenne, Savannah, Isabella, Zachary, Jr., Elena, Mason, Jaxon, Elliot, Whitney-Lynn and Ainsley. He was predeceased by his parents; and his brother, Ray. Mark also leaves behind the mother of his children, Kirsten; his significant other, Mary; and his aunts, uncles, cousins and friends. Relatives and friends may pay their respects at the Enea & Ciaccia Family Funeral Home, 4309 Acme Road, in Ilion, New York, on Monday, May 9, 2022, from 12 Noon until 1:00 p.m. His Funeral Prayer will be celebrated thereafter at the funeral home, concluding at 1:15 p.m. A Celebration of life will take place at 2:00 p.m., Monday, at the Ilion Knights of Columbus, 74 West St., Ilion. Interment will take place at a later time convenient to his family at Oak Hill Cemetery, Herkimer, New York. Arrangements have been coordinated with family friends Harry J. Enea, Jr., Kevin E. Enea and Martin L. Ciaccia (315) 894-8000.