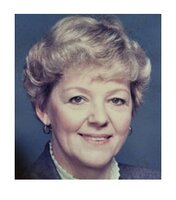 LITTLE FALLS – Mrs. June A. Read, 85, of Whitesboro and for many years prior of Little Falls, passed away peacefully, on Saturday, April 30, 2022. She was born in Dolgeville, New York, on January 6, 1937, to Frances and Frank Sterzinar. Her mother passed away when June was an infant and she was adopted by her grandparents, Louis and Agnes Spacapan, who raised her. She was a proud resident of the South Side of Little Falls, graduating from Little Falls schools and immediately entering the workforce as a secretary at the Herkimer County Trust Company. On September 10, 1955, she married James Read and began a journey of over 66 years of love and devotion, epitomized by Jim’s dedicated care to her during her health issues in recent years. She stayed at home to raise her children in Little Falls, then returned to work on a part-time basis at JC Penney’s in Little Falls, rising to the position of merchandise manager and then promoted to merchandise manager in the Rome store. She and Jim then moved to Whitesboro where they made their home and many friendships through the years. In retirement, she enjoyed working for many years with Meals on Wheels and Hospice. She was the embodiment of commitment to faith, family and community, a wonderful example for her growing family. She is survived by her husband, Jim; sons, Dave (Jean) and Bill (Karen); her daughter, Amy (John) Edwards; her brother, Frank; nine grandchildren; and nine great-grandchildren. She was preceded in death by her daughter, Laurie; and her brother John. Funeral services will be held on Friday, May 6, 2022, at 12:00 Noon, at Holy Family Parish Church, corner of East Main & John Streets, in Little Falls, where her Mass of Christian Burial will be offered by Rev. Brian Slezak, Pastor. Procession will follow to St. Mary’s Cemetery, in East Herkimer, where June will be laid to rest. There are no calling hours. June’s funeral arrangements are with the Enea Family Funeral Home, 24 West Monroe Street, in Little Falls, New York, Funeral Directors Harry J. Enea, Jr., Kevin E. Enea and Martin L. Ciaccia (315) 823-2424. Online notes of sympathy may be offered by visiting www.eneafamily.com on the Internet.