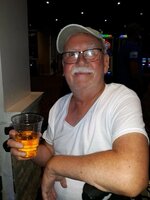 ILION – Mr. Gerry W. LaPorte, age 74, a longtime Ilion resident, passed away peacefully on Monday evening, August 23, 2021. His passing occured in the privacy and comfort of his home with his loving family by his side. Born in Ontario, Canada on October 10, 1946, Gerry was the son of the late Fred and Florence (Charbonneau) LaPorte. He was raised and educated in Renfrew, Ontario, and on August 27, 1977, he was married to the former Linda Leuenberger. Together, Gerry and Linda shared in a blessed and devoted union and would have celebrated their 44th Wedding Anniversary this coming weekend. Upon their relocation to the Mohawk Valley, Gerry was employed as a Printer with Kwik Kopy in New Hartford. He also held a membership of over twenty-five years with the Utica Masonic Lodge and was a parishioner of the Church of the Annunciation in Ilion. In his spare time, Gerry enjoyed collecting coins, trips to the casino and political conversations. He also loved taking his grandkids to hockey games and supporting the Buffalo Bills football team. Family was always his number one priority and any time he spent with them were the best times of his life. Gerry is survived by his beloved wife, Linda; his daughters, Jennifer Burton and husband, John, of Newport and Tammy Stone and fiancé, Chad Daley, of Ilion; his son, Christopher; his grandchildren, Andrew “Toots” and his wife, Hilary, Nicholas, Zachary, Emma and Chad Jr. “Peanut”; and his two great-grandchildren and the apples of his eye, Andrew Jr. “AJ” and Abigail “Kitten.” He also leaves his sister, Rhonda Chaput of Beachburg, Ontario; his brother and sister-in-law, John and Martine LaPorte of Beachburg, Ontario; along with numerous niece, nephews and cousins, all of whom loved him, in both the United States and Canada. Gerry was predeceased by his son, Michael Scott LaPorte on September 6, 2018; and by his two sisters, June and Yvonne. Friends and relatives are invited to attend Gerry’s Funeral Mass which will take place on Monday, August 30, 2021 at 10:30AM at Annunciation Church in Ilion, officiated by Rev. Paul Catena, Pastor. Please omit from sending floral offerings. Thank you. The LaPorte family has entrusted final arrangements to the Enea & Ciaccia Family Funeral Home, 4309 Acme Road, Town of Frankfort, Ilion, NY (315) 894-8000, Harry and Kevin Enea and Martin L. Ciaccia, Funeral Directors. Online notes of sympathy may be left at www.eneafamily.com.